Beware, the Ides of March is a Pisces fish story of faith, even though it deals with Caesar AD, which is like having a system of power likened to Presidents.

A common denominator is disobedience to God by the chosen of God, is that you Disciple? I pray not to be wicked, and bury my talent given to me by the Lord, I find wisdom in the parable of talents, written in the book of Matthew, chapter 25: v24 – 30

See the wicked times of today like the treacherous times of Julius Caesar, who met his death on March 15th, 44 BC taken down by those around him, the leaders of the Roman Senate. Whenever the chosen choose to praise Satan; or any of his kind, we the people suffer. Some don’t know they are chosen, some don’t believe they are chosen and some of the chosen, choose to give away their birthright.

One act of betrayal, worthy of losing your birthright, is to lead the people of God for worldly gain, be it wealth or high position. It is wickedness to mislead the children of God; presenting yourself Holy, then found out to be a wolf in sheep clothing who builds stumbling blocks to dissuade believers, who become disheartened and begin to believe in other gods and praise idols as gods.

The golden rule is love one another as you love God, treating each other as you would want to be treated. The golden role is to be a fisherman of Jesus, and present the truth of the Gospel of Jesus Christ to his sheep, for encouragement and discernment.  The wolf, and the wolf in sheep’s clothing, devour those who are lost in the wilderness of the oceans of this world, who are found only by Jesus.

The wolf in sheep’s clothing will talk like they’re born again, and use the Words of the Bible to manipulate you to their gain, rather than edify your Spiritual Soul. The wolf, hidden in plain sight, can only be seen through Spiritual eyes, blessed to come forth out of darkness, and into the marvelous light of the truth of Jesus Christ. Now Born again, the Chosen seek the daily bread from the Lord’s Prayer in their life, and submit to JESUS Christ, He is the Son of God,  putting down their allegiances to worldly things to see the true treasure is Heaven, and the promise of Eternal life with Jesus.

The Lent Season of Repentance begins with the 3rd New Moon of the New Year, the ides of March; as it pertains to Julius Caesar, mark a different sense of changing times, that highlight betrayal in the first 15 days of the month.

These days for Christians are days of loyalty, believing that Jesus overcame the trials of temptation from Satan; the wolf, that immediately followed His Baptism by John The Baptist.  Baptism by water is required to be born again and began the march of Jesus Christ of Nazareth through the Lent Season. Jesus begins the final stage of HIS Holy walk onto the old rugged Cross, lasting 40 days; plus the Holy Week, unto Resurrection Day.

Who can give me faith, what is knowledge; if not given by the Lord, when is the Lord available, where is the Lord God Jehovah and how can I buy the favor of God? Favor cannot be bought, let’s NOT go back to slavery or the mentality of being slaves in Egypt. Let’s not allow wicked Kings into our faith, let us turn away from a world that would make us modern day slaves, doomed by our Sins. Some who are called out of the darkness of the world, will fall to the wolf, resisting the light of the truth and prove to be the wickedness that resides in high places.

Discernment, a Spiritual gift from God, gives you the knowledge to understand the fight against evil is not between flesh and blood. Discernment lends the gifts of Spiritual eyes, ears, tongue, touch and smell, that leads not into temptation, but delivers from evil, delivers you from the wolf in sheep clothing. The Lord is mysterious in His ways, the Delivered cannot comprehend the ways; large and small, that the Lord uses to confound the evil one. By discernment, we learn how to fish for knowledge, casting our mind, heart, body and Soul as fishing rods into the ocean that is the Holy Bible.

By discernment, we live in the world, but are not of the world. We use a loving heart as bait, to be caught by God and be a catch of His only begotten Son, Jesus Christ of Nazareth, the Fisherman of the ocean between Heaven and Earth.

God is the author of every promotion, He is the giver of every good and perfect gift, as it is written in the Holy Bible book of James, chapter 1, also see a temptation of Jesus by people using verses in the Bible to trap Him. Has anyone tried to convict you by throwing Bible verses at you to knock you down, not lift you up? This is not mutual Edification, it’s the lack of mutual edification and a wicked sign, discernment will expose these tactics. The Bible is the Living Words of God, mortal men of higher education used this tactic against Jesus in the book of Matthew, Chapter 22 :v23 – 33, to question Jesus, saying if a woman marries 7 men in her lifetime, who would she be married to in the Resurrection.

Verse 29 Jesus answered and said unto them, Ye do err, not knowing the scriptures, nor the power of God. Verse 30 For in the resurrection they neither marry, nor are given in marriage, but are as the angels of God in heaven.

The accusers use double talk to trap Him, and Jesus by meekness, gives just due to mere men; when He is Son of the God, it is written that no man can get to God, but by the Son who is Jesus Christ. Jesus is; let us Create mankind in Our Image, He is mankind made from the dirt, Created by God and Jesus, He is Christ, having the Power of the Creator, He did humble Himself to walk among us on earth, to be with us on earth as it is in Heaven. Mankind is saved by faith in Jesus, we are called by God to come forth out of the oceans of the world as a fish comes to the bait on a hook.

Look in the Bible book of Matthew, chapter 17 :v24 – 27 to see the Disciples get help for their unbelief, when told to pay tax to Julius Caesar. See JESUS; having no money but all the riches of the world, send a Disciple to fish in the lake and take the first fish caught; open his mouth to find enough of Caesars’ coin, to pay to Caesar the tax that is required. Believe in the Father and His Son Jesus, stay obedient, SO SAYS MY SAVOIR AND YOUR GOD.  See the people play their games during the march of Jesus Christ through the month of March onto Resurrection Day, don’t you be entertained. DON’T PLAY WITH THE DEVIL, and laugh at who walks down the road to fish for the tax money, believing by the Words of Jesus Christ, that they will find money in the mouth of a fish.

IN THE NAME OF JESUS, who is the perfect Sheppard of the sheep called by His name, count yourselves priceless Souls of the Creator of all things, and see simple minds fail to be Anointed, and fail to be pulled out of the mouth of the deceiver, called a wolf in sheep clothing. The children of Jesus Christ claim Jesus, and are Pulled out of the mouth of the devil as Gold, to be presented to God, the KING OF KINGS. 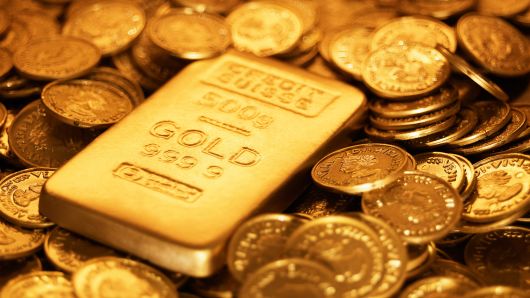 I PRAY AND PRAISE ON THE WAY TO PASSOVER, Thank God for Jesus, who did lay down His life, and was Crucified on that old rugged Cross, and the Blood of JESUS CHRIST DID leave His Body To HIT THE EARTH.

This BLOOD is our only saving Grace. THIS BLOOD THAT by Faith, our Spiritual ears hear, as the Holy Spirit, left behind IN THIS BLOOD translates our silent moans to JESUS. We give Thanks, THAT WE CAN HEAR Our LORD and SAVIOR through our Praises and Prayers. Be Blessed, PEACE.