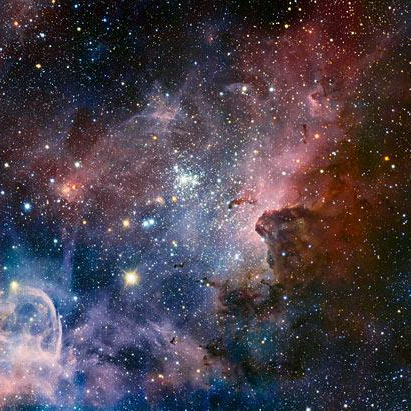 GIVE AND TAKE AND PARTAKE
Move ease, Faith Trek… The Wrath of Zhon
And the evil one states.. To the last, I grapple with thee; From Hell’s heart, I stab at thee; For hate’s sake, I spit my last breath at thee.

Doctor Bombay, Doctor Bombay emergency, emergency come right away!
Where is your Church? where is your fellowship, Who is your Pastor?
Do you have an emergency exit just in case!
In case of what?
I’m Glad you asked……..! 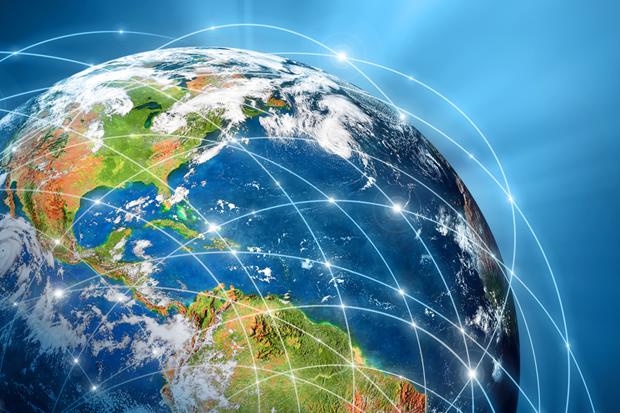 I Peter Chapter 5, 1 – 14 (KJV)
7 Casting all your care upon him; for he careth for you.
8 Be sober, be vigilant; because your adversary the devil, as a roaring lion, walketh about, seeking whom he may devour:
9 Whom resist stedfast in the faith, knowing that the same afflictions are accomplished in your brethren that are in the world.
This truth of mine; I write like murder she wrote, is not reverse psychology but a psychology in reverse. Backwards and mind teasingly void of direction, appearing to play with your sub-conscious mind.
A mind now striped of alteration, now clear thought seems cloudy. The Bible says,
I Corinthians 13:12 (KJV) for now we see through a glass dimly.
12 For now we see through a glass, darkly; but then face to face: now I know in part; but then shall I know even as also I am known.
13 And now abideth faith, hope, charity, these three; but the greatest of these is charity.
Charity is love, the Love to search and find you, to let you know that the LORD IS on your side, that you are chosen by the LORD as peculiar. The peculiar are to praise and worship JESUS Christ as the only begotten Son of God, The Great I AM, That I AM.
And speak by faith, that JESUS walked on earth as perfect Man and gave his life; by Crucifixion on the CROSS, shedding the BLOOD of GOD, dust to the dust, The Creator’s Blood, now back to the dirt of its original self.
The BLOOD is the rebirth, to cleanse all of our SIN, to present those who believe in their heart, that JESUS DIED FOR US, to save us from HELL. Now we are ON THE ROAD to salvation, faith to faith, blessing to blessing and like I heard my Mother say, I’m coming up on the rough side, I’m climbing up the rough side of the Mountain.
We must live by the LORD’S PRAYER. And whether you are in the pulpit flying high, or in the pulpit flying low, or in the Church in any service pew to pew, let us all who know the LORD and his Chastening, encourage one another in this day, consider today as every Man’s status is in inventory for the HARVEST.
People of GOD, please know that GOD is real AND just as GOD Talked to Balaams’ beloved Donkey to get through to him; a non-believer who believed enough to fear the LORD, and the WORD OF THE LORD. By any means God will get through to the people, you and I can hear, unmistakably from GOD.
GOD talks to whom GOD pleases, and he TELLS on YOU!!!
Check your status with the living GOD, the RISEN SAVIOR, If not…
What is your emergency exit plan?.
II PETER Chapter 1 – 21 (KJV)
19 We have also a more sure word of prophecy; whereunto ye do well that ye take heed, as unto a light that shineth in a dark place, until the day dawn, and the day star arise in your hearts:
20 Knowing this first, that no prophecy of the scripture is of any private interpretation.
21 For the prophecy came not in old time by the will of man: but holy men of God spake as they were moved by the Holy Ghost.
Peace and Be Blessed.

The last of the firsts, just like this written thought compels and propels the inquiring mind, [as with any strenuous activity, stretching and warming up is a pre-requisite <mental energy is strenuous>] the following contains our mental workout.

Exchange the phrase last of the firsts with, the truth is out there, and it will help you uncover the various layers of this story.  Let’s get ready..! to pre-amble.

Explore this story, it will repeat like a repeating decimal and baseball is a game of numbers, this story will forever be repeated.  Pumpsie is Elijah Jerry Green, the first Black Man to play baseball for the Boston Red Sox.

This year, 2012 the Red Sox celebrate 100 years of playing baseball at Fenway Park which is famous for the 37 foot high outfield wall affectionately called the Green Monster.

The last first, refers to the Boston Red Sox  infamous claim as the last team to integrate their major league playing roster.  The date was July, 21st 1959, a full 12 years after the great Jackie Robinson broke

I am an old school Red Sox fan, and I carry all that being an old school fan of this team meant, losing.  Losing teams is the legacy that I grew up with and the Red Sox were a losing team for 86 years, 1918 until 2004.

I do have vivid memories of 1967, the year of Jim lonborg, Carl Yastrzemski,  (Yaz) and the team called impossible dream losing the “67” World Series.

Carl Yastrzemski still holds the title of the last player to achieve baseball’s Triple Crown, highest batting average, most Home Runs and the most runs batted in.

The “67” Triple Crown connects to 1978, the historic year of the last Triple Crown achieved in horse racing by the famous racehorse Affirmed.

Affirmed beat the same great horse Alydar which finished 2nd in each race mimicking the historic 1 game playoff loss at Fenway Park to the New York Yankees, in what’s forever known as the Bucky Dent game.

I celebrate my 1 year blogging anniversary, by commemorating the

Mr. Riley snapped me out of mediocrity.

It all came to fruition one Sunday morning on a ESPN television show called the Sports Reporters.

That morning I heard Ralph Wiley coin the phase Pumpsie and the Green Monster within a profound oration, enlightening and educating me.

I learned of the last Black Major League baseball player to become the first Black player on a team, my favorite team the Boston Red Sox.

I learned this fact; to my chagrin, in 2004 which somehow feels like just yesterday.

I remember my parents had encouraged me to support the local team and in particular to cheer for the Black Players on the team, my favorites were first basemen George Scott and outfielder Reggie Smith.

“Could it be that it was all so simple then, has time re-written every line” and wouldn’t life be so easy if everything was Black and White.

My love for the Red Sox and for the Human Race (thank God for my Mother and Father) is not based on color.

This Memory Lane has conjunctions at nearly every punctuation from Minnie Riperton to another baseball legend Minnie Minoso.

The tree’s lining the periphery of this memory lane.. bear a strange fruit, a strange fruit indeed.. regression, no.. it’s history, a history that bears repeating unless.. repeat we do,  my story digress.. to release the stress.. I think of a beautiful golden dress.. and face.. and voice.. a wordsmith’s press would declare this a (Billie) Holiday!

And still I rise, visions of great conversations with my Father about the gator teeth George Scott wore on a necklace and my Mother’s pronunciation of  Carl Yastrzemski’s last name.

I can only imagine the feelings that Mr. Green must have when looking back on his Boston playing days, controlling the human monster is the biggest challenge we all must face.

There is no mistaking the left field wall at Fenway Park, no matter what color your skin is, the wall gives and the wall takes. 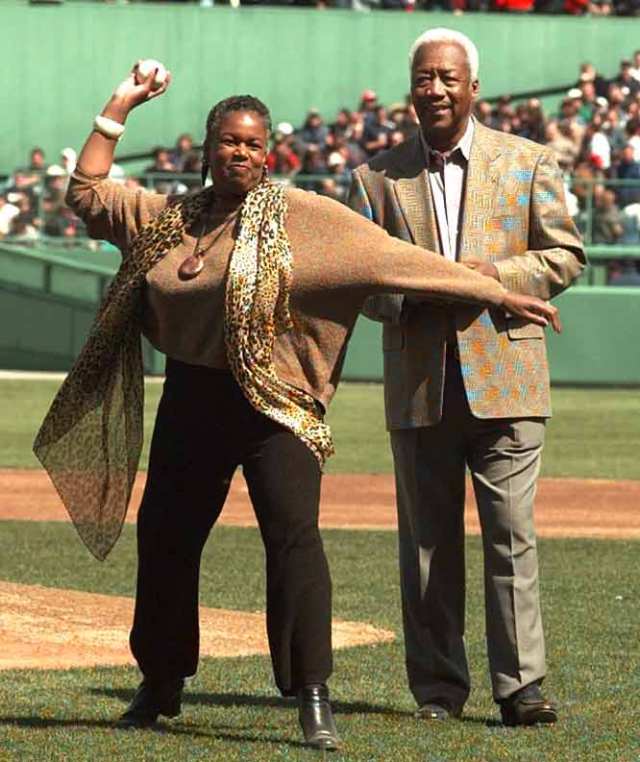 2 of a kind. Honored In Boston – Pumpsie Green and Sharon Robinson (Daughter of Jackie Roberson #42)

Once I saw on tv, Red Sox Legend Jim Rice hit the ball so hard at the Green Monster it was as if he was trying to knock it down, at any other baseball field the ball would travel over 500 feet, at Fenway it almost bounced all the way back to second base, I still call it the longest ball hit for a single.

How about the irony of the 1975 baseball season (the greatest losing season..ever!) when the Red Sox were led by the great duo’s of Fred Lynn and Jim Rice, Carlton Fisk and Luis Tiant, White Men and Black Men that to this day seem to be real brothers.

The Green Monster takes and it also gives, as it did in 1978 when a seemingly pop up to left field just barely makes it over the wall for a game changing home run by the aforementioned Bucky Dent.

Take me out to the ball game, it’s time for the 7th inning stretch and it’s time to close this chapter.  Click the highlighted phases and the pictures to better enjoy this Internet run around the bases.

The Red Sox have had recent success with World Series victory’s in 2004 and 2007, neither of which were seen by Mr. Ralph Wiley who died in early 2004.

Pumpsie and the Green Monster.

Ignorance is bliss when I think back to my first visit to Fenway Park, August, 1st 1973.  It’s easy to remember the date due to a remarkable fight at home plate between Carlton Fisk and Thurman Monson of the New York Yankee’s.

The Parks and Recreation department chartered a bus and purchased a bloc of tickets (that’s right you guessed it) right behind home plate.

take a trip on the Internet back to that famous Red Sox, Yankee game

When I walked into the Fenway Park  I was not aware of Pumpsie Greens’ story,  my eyes fixed on the Green Monster in left field, in fact the entire stadium is an unforgettable sight.

My feelings couldn’t have differed much from Pumpsie Greens’, when he first walked into the ball park and looked straight at the Green Monster, I said dang that thing is big!

Hooray for Pumpsie Green, you dignify what had to be one of the toughest transitions to make, the last person to be the first person to break through a color barrier to play on a Major League Baseball team.